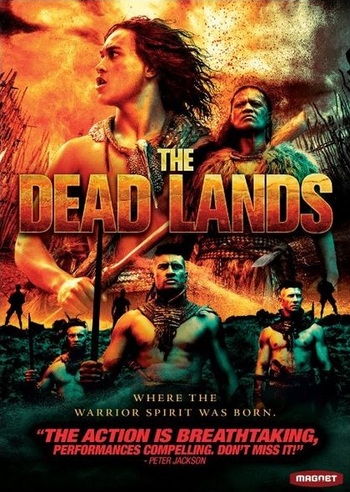 Where the warrior spirit was born.
Advertisement:

The Deadlands is a 2014 New Zealand film directed by Toa Fraser. After his father and most of his tribe is killed by a warrior from a rival tribe, orphaned teenager Hongi (James Rolleston) travels to the barren Deadlands in search for a legendary Māori warrior (Lawrence Makaore) so that he can avenge his father's death.