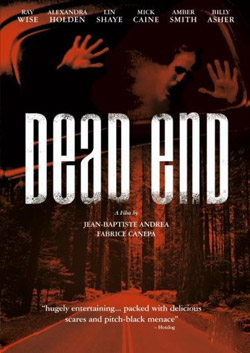 On his way to visit his in-laws with his family on Christmas Eve, Frank Harrington decides to try a shortcut, for the first time in 20 years. It turns out to be the biggest mistake of his life.

Not to be confused with the 1937 crime film by William Wyler, or the Broadway play from which it was adapted. It is also distinct from the Dead End web cartoon.