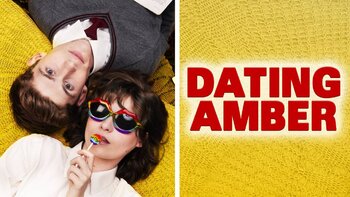 As its original title Beards would suggest, it is about two Closet Gay teenagers in their final year of school in 1995 Kildare, Eddie Cotter (Fionn O'Shea) and Amber Keenan (Lola Petticrew), who decide to fake a relationship. The pair are in very different places: Eddie is still figuring himself out in deep denial and seems resigned to a life of repression in the military; Amber knows who she is and awaits the end of school so she can get to London, be herself, and open "an anarchist bookshop with franchise potential".