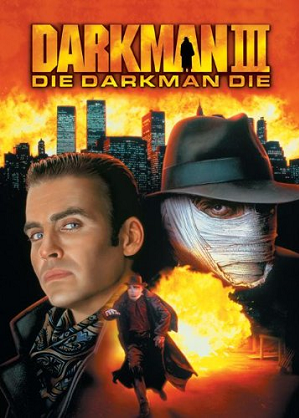 One fights for justice. The other for power. Only one can survive.
Advertisement:

The second and final sequel to Darkman, released in 1996.

Peyton Westlake, aka Darkman (Arnold Vosloo), is still working on his artificial skin formula, trying to make it more permanent than for 99 minutes. He comes afoul a big-time steroid dealer named Rooker (Jeff Fahey), who together with lover Bridget, who wants to create a new kind of drug from Darkman's DNA.