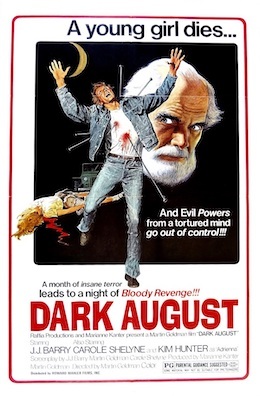 Artist Sal Devito (J.J. Barry) and his girlfriend Jackie (Carole Shelyne) are city slickers who have moved to the rural town of Stowe, Vermont. A year ago, shortly after they arrived, Sal accidentally hit a young girl (Karen Lewis) with his car, killing her. Ever since then, the girl's grandfather, elderly loner Ned McDermott (William Robertson), has hated Sal. Lately, Sal has been suffering from seizure-like fits in which he sees a hooded figure watching him, and begins to suspect that he has been cursed. He goes to see Adrianna Putnam (Kim Hunter), a local psychic, to help him cast off the curse.