Film / Dance Me Outside 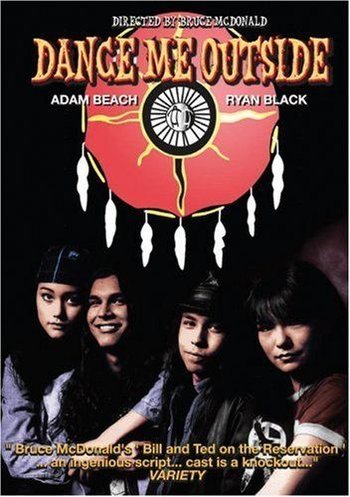 Dance Me Outside is a 1994 drama film directed by Bruce Mc Donald. The director also co-authored the script, based on the book by W.P. Kinsella. The plot follows Silas Crow, a teenager living on a reservation in Northern Ontario. He and his best friend Frank Fencepost spend their days chasing girls and getting into trouble. The plot takes a darker turn when Little Margaret is murdered and her attacker only spends a year in jail.