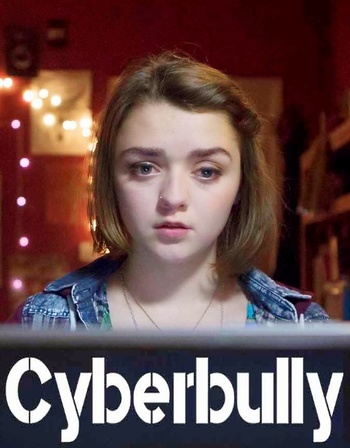 Alone. Afraid. Online.
Cyberbully is a 2015 film starring Maisie Williams. The film focuses on Casey Jacobs, a teenage girl who finds herself accused of cyberbullying by an unknown culprit.
Advertisement:

Not to be confused with the 2011 ABC Family film starring Emily Osment.

The 2015 film contains examples of: