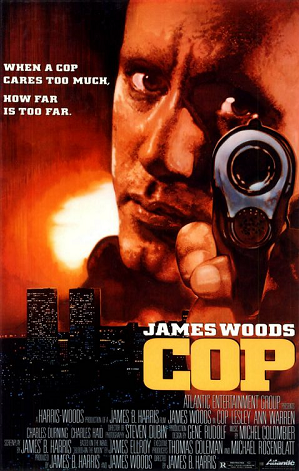 Cop is a 1988 crime film based on at the novel Blood on the Moon by James Ellroy, directed by James B. Harris and starring James Woods, Lesley Ann Warren, Charles Durning, and Charles Haid.

Lloyd Hopkins (Woods) is a cynical, workaholic LAPD detective who figures out the pattern of an elusive Serial Killer while his personal and professional life crumbles around him.