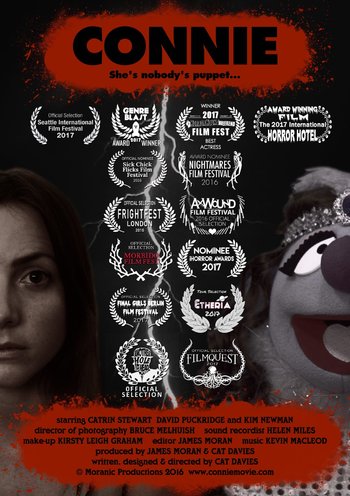 Connie is a British comedy-horror short released in 2016. It stars Catrin Stewart as a wannabe stand-up comic named Dolly Diggs. She lacks the confidence needed to be a successful comedian but that changes when she purchases a puppet called Connie. Unfortunately, Connie turns out to be far more than just a puppet.