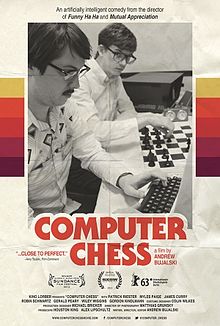 Computer Chess is Andrew Bujalski's experimental Deliberately Monochrome Mockumentary film set in 1983 about programmers competing in a chess tournament to see who has the best software.