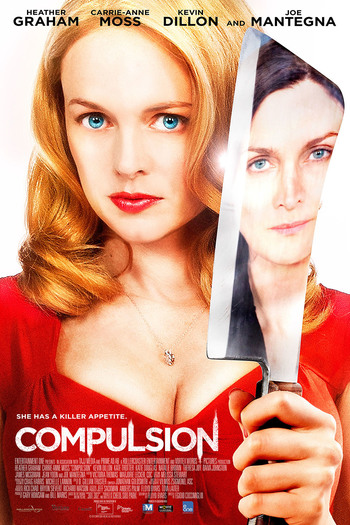 Compulsion (2013) is a Canadian psychological thriller film based on the South Korean film 301, 302, directed by Egidio Coccimiglio and starring Heather Graham, Carrie-Anne Moss, and Joe Mantegna.

When aspiring actress and advice columnist Saffron (Moss) disappears from her apartment without a word, Detective Reynolds (Mantegna) turns to her neighbor, aspiring TV chef Amy (Graham), to find clues to her fate. What he finds is a stew of secrets and psychological disorders that devoured the lives of both women.

No relation to the 1959 film based on the Leopold-Loeb murder case.