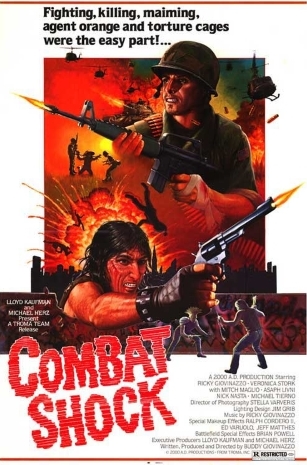 "I go back there every night, without fail."
— Frankie
Advertisement:

The film follows a disturbed Vietnam veteran named Frankie Dunlan, whose sanity begins to slip from his life in the New York slums with depraved junkies, his naggy wife, and a baby that's severely deformed from his exposure to Agent Orange

during the war; all while struggling to find work to support him and his family.

The movie was released in 1986 to very mixed reviews, but has since gotten a bit of a cult status.