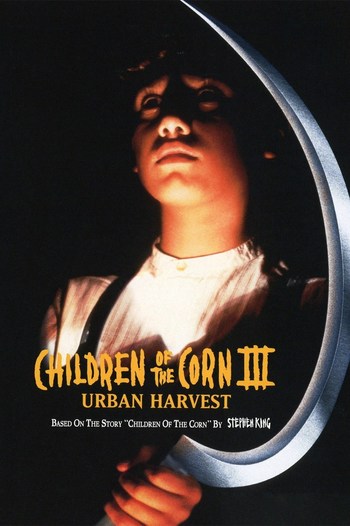 The third Children of the Corn film and the last to be released theatrically, all films after this one would go direct-to-video.

Eli and Joshua, two children who lived near Gatlin, run away from their home and are adopted by William and Amanda Porter, who live in Chicago. However, Eli is a follower of He Who Walks Behind The Rows, and starts another cult of adult-murdering children.

This film has the eamples of: