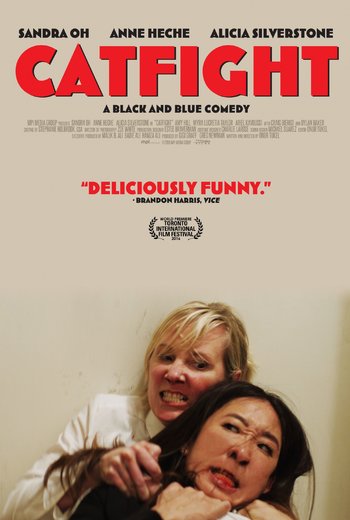 Catfight is a 2016 independent film starring Sandra Oh and Anne Heche as Veronica and Ashley, college frenemies who encounter each other twenty years after their college days. The two of them spend the film allowing their verbal barbs to become all-out fistfights. Alicia Silverstone plays Lisa, Ashley's partner.