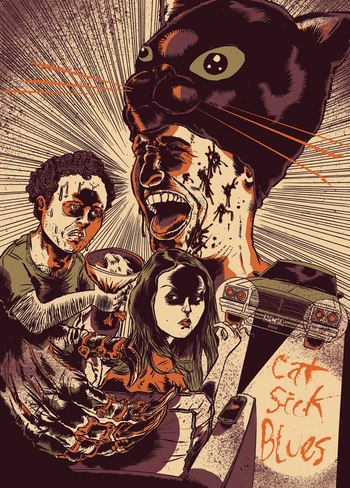 Cat Sick Blues is a 2015 Australian Kickstarter-funded horror film written by Andrew Gallacher and Dave Jackson, the latter of whom also directed.

The film follows two individuals grieving over the loss of their beloved cats. A woman named Claire whose cat was killed by a deranged stalker that also raped her and a troubled man named Ted who in his grief goes on a killing spree in the hopes that the blood of his victims will revive his cat.