Film / Case for a Rookie Hangman 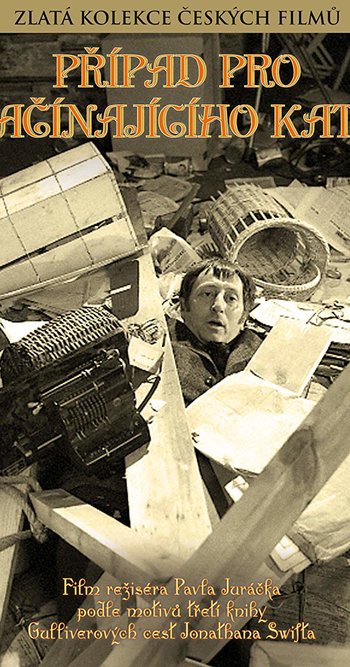 Case for a Rookie Hangman is a 1970 Czech film drama directed by Pavel Juráček.

The film can be classified as a surrealist or absurdist satire. It is based loosely on the third book of Gulliver's Travels by Jonathan Swift, but the story is transferred to an early 20th-century world in decay. The movie shows also the influence of Franz Kafka and Lewis Carroll.