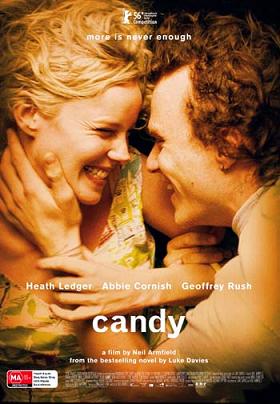 Candy is a 2006 Australian drama film based on a novel by Luke Davies, directed by Neil Armfield and starring Heath Ledger, Abbie Cornish, and Geoffrey Rush.

A poet named Dan (Ledger) meets an artist named Candice, aka Candy (Cornish). Their love is based on fierce passion, creativity, the joy of being together, and heroin. The film follows their life together as they struggle with love and addiction.