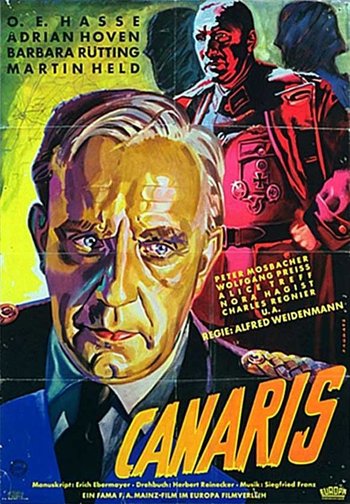 1954 West German drama about Wilhelm Canaris, chief of the Abwehr (German military intelligence) during World War II and a central figure in the German Resistance movement against Nazism, who was ultimately executed for taking part in the 20 July plot to kill Hitler.

The main role was played by Otto Eduard "O.E." Hasse, who was himself persecuted by the Nazis for his homosexuality.