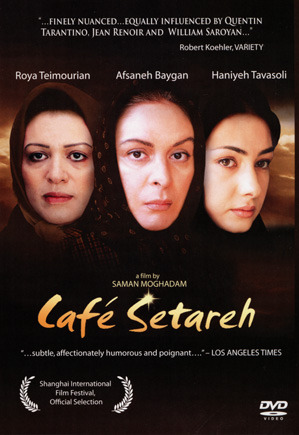 Left to right: Molook, Fariba, Salomeh.
A 2006 Iranian film about the lives of three ordinary women who live on one block. When a murder happens, all of their lives are affected in different ways.