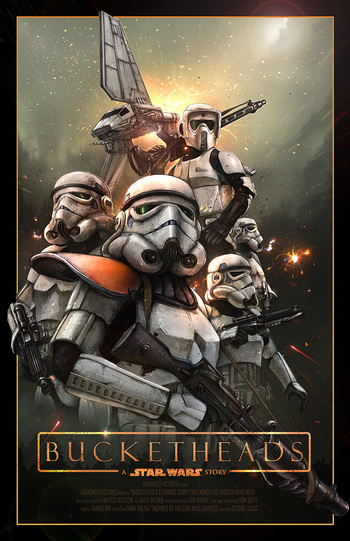 It's their story now
BUCKETHEADS is a Star Wars Fan Film from the Stormtroopers' perspective.
Advertisement:

The full film was released to YouTube on December 8, 2018 and can be found here

The creators are planning on expanding to a full series. The trailer for Season 1 can be found here.

The Fan-film contains the following examples: