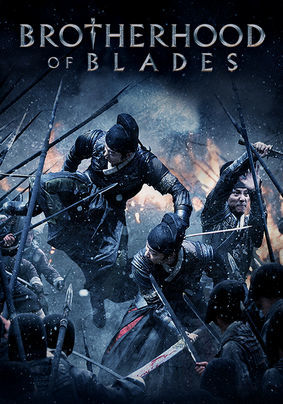 Brotherhood of Blades is a 2014 Chinese Martial Arts Movie.

Three sworn brothers work as assassins for the Emperor of China. Their current job? Take out the former head of the court, who is plotting to overthrow the government. However, like any good assassin story, there's more to the case than there initially appears to be...

Got a prequel, The Infernal Battlefield, in 2017.