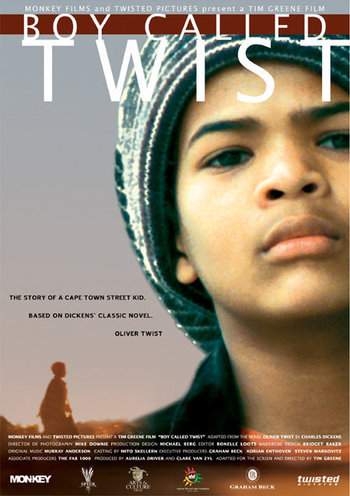 A 2004 South-African adaption of Oliver Twist. Directed by Tim Greene, the film reinvents the story of Twist, setting it in modern-day Cape Town, South Africa. Jarrid Geduld portrays Twist, a street-kid who comes to seek his fortune in Cape Town and is drawn into a world of crime while battling to find his way and start an honest life.