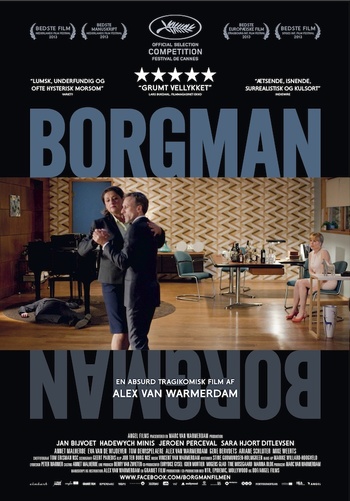 Borgman is a 2013 film by Alex van Warmerdam.

It tells the story of a bourgeois family which is slowly lured under the spell of an absolute evil.

Should definitely not be confused with Sonic Soldier Borgman which actually predates this movie by two decades.