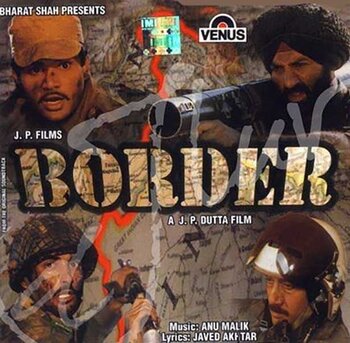 Border is a 1997 Hindi language Bollywood war film, starring an ensemble cast including Sunny Deol, Jackie Shroff, Sunil Shetty and Ajay Devgunn. It is about the famed Battle of Longewalla during the 1971 Indo-Pak War, where a single heavy weapons company under the command of Major Kuldeep Singh Chandpuri successfully held out for an entire night against an onslaught by a whole regiment of Pakistani armor, until the cloud cover cleared and air support could be mobilized.