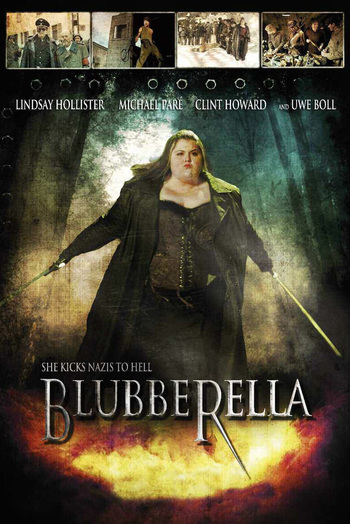 She can't break a sweat, but she can break you in half.
Blubberella is a 2011 "action" comedy film directed and written by Uwe Boll, in an Affectionate Parody of his own work BloodRayne: The Third Reich released the same year.