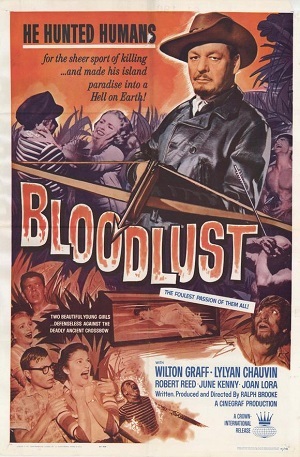 A group of teenagers vacationing in the tropics takes a boat out to a seemingly deserted island. They soon find, however, that the island is inhabited by a wealthy recluse (Wilton Graff) and his staff. While their host is initially hospitable, he quickly reveals his true purpose: to hunt down and kill each of his visitors, as he has done with everyone unlucky enough to set foot on his island.

For tropes and specifics relating to the Mystery Science Theater 3000 version, please check the episode recap.