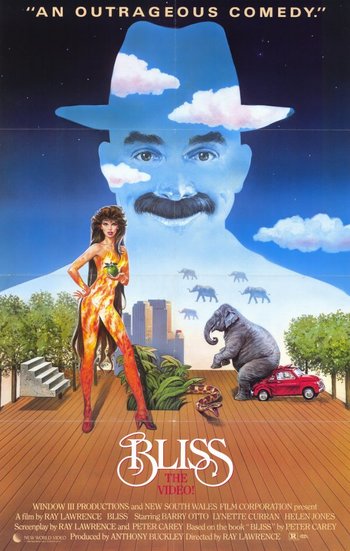 This is not about the 2021 Amazon Prime Video film starring Owen Wilson and Selma Hayek. For that film, see Bliss (2021).
Advertisement:

Bliss is a 1985 eccentric comedy made in Australia which is based on the novel by Peter Carey. It is centered on an Australian ads salesman, Harry Joy, who dies in its beginning, except that it is only a clinical death. Thus he still has the time to change his ways.

His family is the one of eccentrics too and he has hard time living with them. Of course the history takes many unpredictable and inexplicable twists and turns. Once he meets a girl, Honey Barbara, and his life is never the same after that.