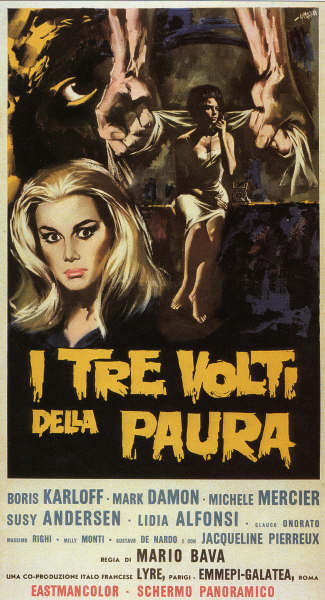 Black Sabbath (A.K.A. I tre volti della paura, or The Three Faces of Fear) is a 1963 horror Anthology Film directed by Mario Bava and starring Boris Karloff.

Two versions of the films exist, the original European version and the American cut released by American International Pictures. The latter version has a different order for the segments, different introductory segments from Karloff and in some cases alterations to the stories themselves.

And yes, the band named itself after this movie.