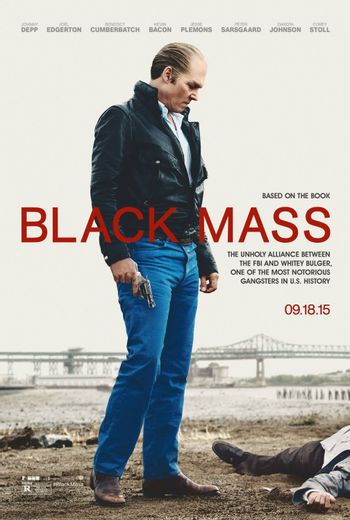 Black Mass is the Real Life story of infamous Boston crime kingpin Whitey Bulger. The story starts in 1975 with James "Whitey" Bulger (Depp) already the chief of the Irish mob in south Boston. Bulger's Winter Hill gang is fighting a turf war with the Angiulo Brothers, an Italian crime gang which is trying to muscle out Bulger's gang in order to take control of organized crime in Boston. FBI Agent John Connolly (Edgerton) a native of Boston and friend of Bulger since childhood, comes up with an idea: Bulger will inform on the Italian mafia for Connolly, which will allow Connolly to bust the Italians and will make things easier for Bulger. Eventually Connolly does bust the Italian mob in Boston, but in the process gets in way too deep with Bulger, protecting him from prosecution and effectively becoming Bulger's mole within the FBI as Bulger becomes the most notorious gangster in Boston history.