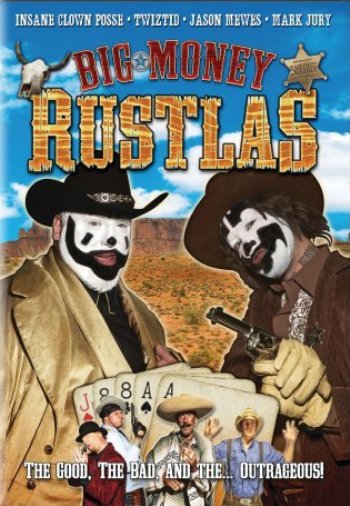 The 2010 Western comedy follow-up to Big Money Hustlas, Big Money Rustlas was written by, produced by, and starred the Insane Clown Posse. Unlike Big Money Hustlas, which was an extremely low-budget direct-to-video feature, this had a somewhat modest budget and limited theatrical screenings, primarily aimed at Juggalo audiences.