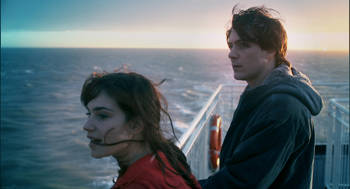 A Belgian film from 2007 about a teenager with Asperger Syndrome who has some difficulties dealing with the world and is tormented by his classmates. He seeks solace in an MMORPG, ArchLord, where he has a friend, Scarlite. After a particularly nasty bit of bullying, Ben considers suicide.

While not a darling of Dutch-language critics, the film did please the public, won some international prizes, and was the Belgian entry for the Best Foreign Language Oscar (it did not get a nomination).

Not to be confused with Ben 10