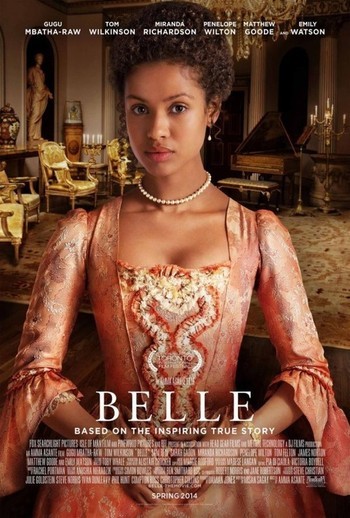 "My greatest misfortune would be to marry into a family who would carry me as their shame."
"Society has a habit of disregarding even one of its own when opportunity provides."
Advertisement:

Belle is a 2013 film very loosely based on the story of Dido Elizabeth Belle Lindsay (Gugu Mbatha Raw), a mixed-race woman who was raised by her white father's family as neither a servant nor a full member of polite society. This carefully constructed system of rules begins to collapse when her guardian, Lord Mansfield, the Lord Chief Justice, deliberates a case that could either weaken the institution of slavery or codify it in law permanently.

Unrelated to the anime film Belle.