Film / Before I Fall 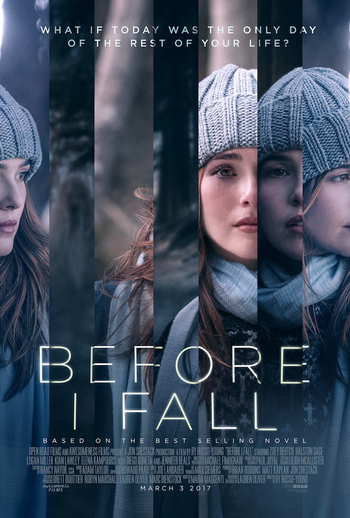 What if today was the only day of the rest of your life?
The film version of Before I Fall directed by Ry Russo-Young. Samantha Kingston (Zoey Deutch) is brought out of the pages of the book and onto-the-screen but she's still stuck reliving the same day over and over again.
Advertisement:

The film plays the main storyline pretty straight but with some alterations to the sub-plots. Let's relive some tropes for the umpteenth time with Sam.