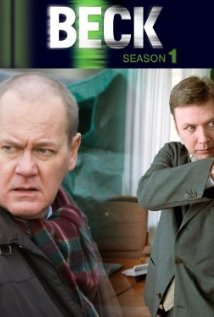 Beck is a Nordic Noir tv-/filmseries (technically a series of tv-films) based on the characters from the Martin Beck novels by Per Wahlöö and Maj Sjöwall. It stars Peter Haber as Martin Beck and Mikael Persbrandt as his angry partner Gunvald.