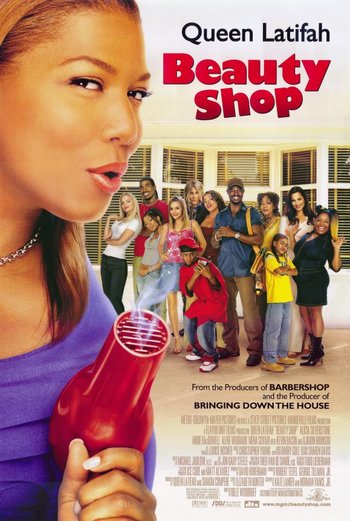 "If I wanted to go get a job tomorrow at a shop, I could. But that's not where my heart is. It's time that I own something."
Advertisement:

Gina Norris is a hairstylist working under her jerkass boss, Jorge. After having another argument with said boss, she decides that she can't stand him anymore and quits. Gina then decides to buy a shop of her own, but problems arise, which predictably include money, customers who don't know her, her snarky employees, and even family issues. With the help of her best friend Lynn, Gina works to overcome these issues in order to keep her business afloat.