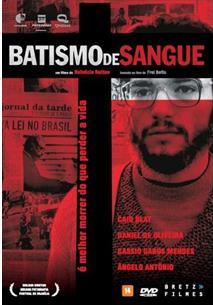 Batismo de Sangue (Baptism of Blood in English) is an 2007 Brazilian movie based on a biography of the same by Carlos Alberto Libânio Christo, also known as Friar Betto. It tells the story of his fellow colleague Friar Tito who tried to protest against the Brazilian Military Regime and end up being persecuted by it.

This movie contains the example: