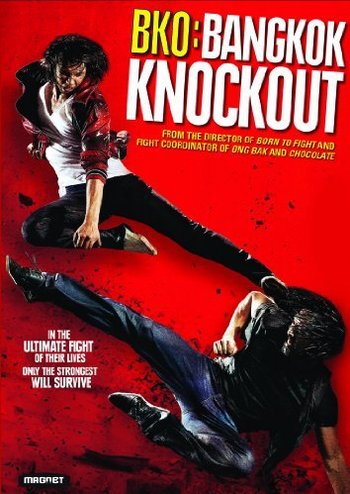 Bangkok Knockout is a 2010 Thai martial arts film directed by Panna Rittikrai, known for writing Ong-Bak and its prequels, which he directed, and starring nine upcoming young stuntworkers. A group of martial arts students win a contest to star in a Hollywood film. During the following party, they are drugged, and wake up to learn that they are part of a Deadly Game where they face a trained team of opponents in a fight for their life. What follows is a variety of martial arts choreography setpieces thinly strung together by the plot.