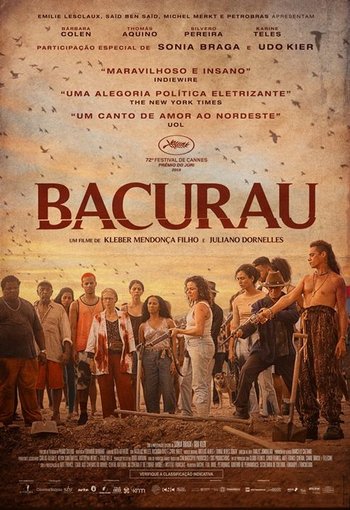 Do you wanna live or do you wanna die?
"Good afternoon, my friends of Bacurau!"

Bacurau (also known as Nighthawk) is a 2019 Brazilian western film that takes place in a fictional small village in the northeastern region of Brazil. The story follows Bacurau's habitants, their everyday struggles and how they react when a group of outsiders come to their village and disrupt their lives.

Maria: People born in Bacurau is called what?
Horácio: People!