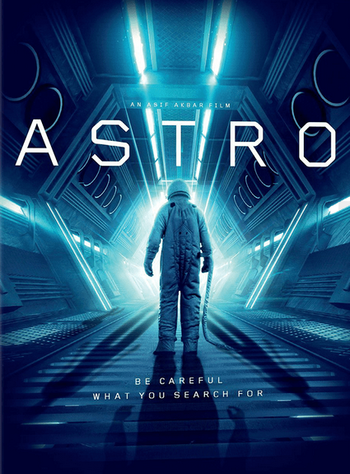 Astro is a 2018 Science Fiction film by Asif Akbar.

Biggs Aerospace, the billion-dollar space exploration corporation, has recently had one of its ships return with a green-skinned man with elf ears. Upon scanning him, the scientists discover that the alien shares DNA with Jack Adams, an old friend of the CEO, Alexander Biggs.

Biggs follows up on this and invited Jack and his daughter, Laura Lee, to his mansion with the offer of a trip for the both of them. Jack declines at first, but circumstances lead him to change his mind (though he leaves his daughter with her aunt and uncle and goes himself).

Soon, however, Jack discovers that the reason Alex invited him was because he wanted Jack to come with him into space, and that he may have some ulterior motive for going there.