Film / As It Is in Heaven 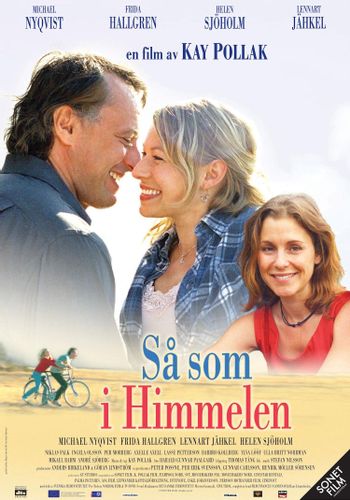 A Swedish film (Så som i himmelen) by Kay Pollak, released in 2004 and nominated for an Academy Award for Best Foreign Language film.

Daniel Dáreus (Michael Nyqvist), after a childhood full of bullying and losing both his parents, grows up to be a successful and internationally famous conductor. Driven, and determined to create music that will "open people's hearts", he eventually suffers an on-stage heart attack, and retires out of necessity. He moves back to the village where he grew up, living in the old elementary school building he bought.

Intending to keep mostly to himself, he is persuaded by the locals to lead the village's choir. The choir becomes a catalyst for many of the locals' personal problems, affecting Daniel as he affects them.