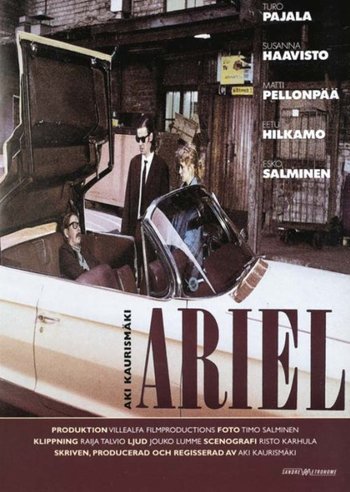 Ariel is a 1988 movie by Finnish director Aki Kaurismäki. Finnish coal miner Taisto Kasurinen goes to the city to find a job after the mine is closed and his father commits suicide. On the way there, he's robbed of all his money. When he reaches the city, he gets a parking ticket. Things go downhill from there.