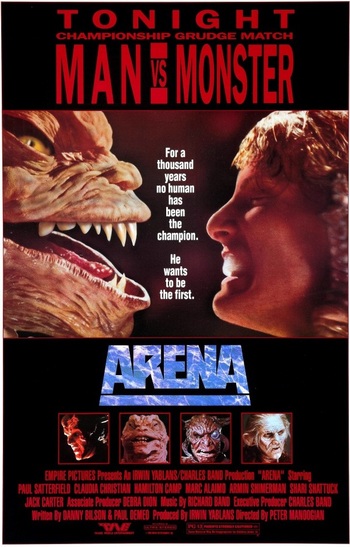 In the year 4038, Steve Armstrong is working as a short order cook on a space station somewhere in the galaxy, where he finds himself in a confrontation with an alien patron named Fang that leaves the alien injured. As it turns out, Fang is an participant in the intergalactic fighting sport called simply "The Arena", of which Steve soon finds himself its new unlikely rising star.