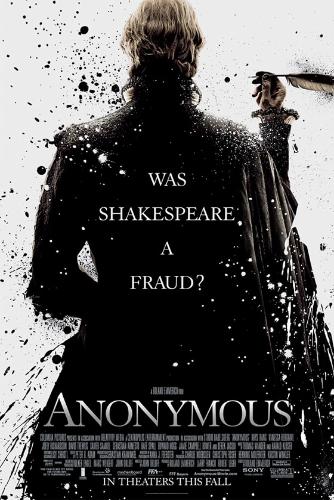 Anonymous is a 2011 historical drama from director Roland Emmerich. Like many of Emmerich's films, it revolves around fringe conspiracy theories and features a major world landmark being destroyed, even if it is not a disaster movie like his previous work. It's based on the conspiracy theory that William Shakespeare did not author his plays, but was given them by the Earl of Oxford, Edward de Vere.

Not to be confused with the web vigilante group.

The film invokes the following tropes: