Film / All These Creatures 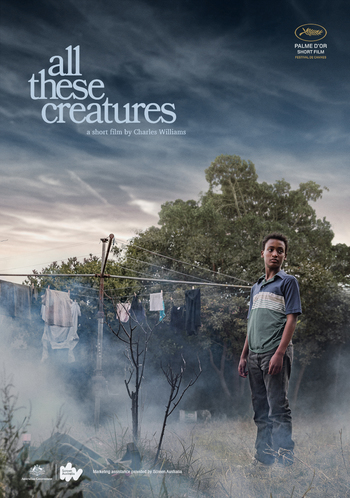 All These Creatures is a 2018 short film (13 minutes) from Australia, directed by Charles Williams.

It centers on an Aboriginal family living in an unspecified location. The protagonists are Tempest, a teenage boy, and his father Mal. Mal is afflicted with an unspecified, but obviously quite serious, mental disorder. Formerly a loving husband and nurturing father, he begins having paranoid delusions, ranting loudly and incoherently, and sometimes exploding into violence. Meanwhile, the backyard of the family home gets infested with their cicadas, which in their numbers and their constant chirping are an obvious metaphor for Mal's creeping insanity.