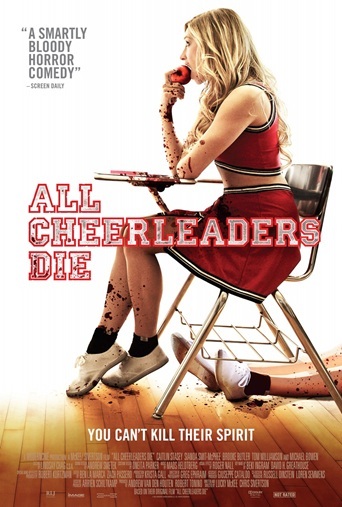 All Cheerleaders Die is a 2013 Comedy Horror film written and directed by Lucky McKee (the man behind May, The Woman and the Masters of Horror episode "Sick Girl") and Chris Sivertson (who directed I Know Who Killed Me).

The plot follows a girl named Maddy (Caitlin Stasey) who joins the cheerleading squad following the death of her friend and former captain in a freak accident. When she and the other girls are killed in a car accident unintentionally caused by football players, they are resurrected as zombie cannibal succubi.

This film is actually a remake of a film McKee and Sivertson both shot back in 2001.