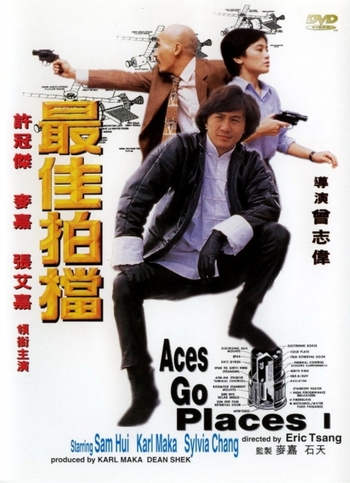 When a suave burglar King Kong (Hui) makes off with diamonds and comes under the investigation of multiple parties, the US pair detective Albert Au a.k.a. Kodojak (Maka) with the Hong Kong inspector Nancy Ho (Sylvia Chang) to recover the diamonds. Things complicate when the jewel thief "White Glove" becomes involved, and King Kong eventually decides to amend for his old ways and help the team recover the diamonds.

This film provides examples Of