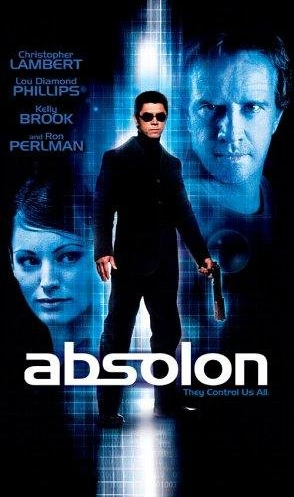 In the year 2010, a plague known as "Neurological Degeneration Syndrome" (NDS) kills five billion people. A treatment medicine, Absolon, is eventually discovered, and a powerful Mega-Corp (also acting as both a world government and as much of the entire world economy), run by the mysterious "Murchison" (Pearlman), arises from the ashes of The Plague to distribute Absolon to what's left of humanity.

Fast forward several years. Mankind is still dependent on Absolon, requiring daily injections to avoid dying of NDS. Detective Norman Scot (Lambert) is investigating the murder of Dr. Frederick Reyna, the scientist who created Absolon. In the course of his investigation, he meets World Justice Department Agent Walters (Diamond Phillips), who is strangely interested in the case, as well as Dr. Claire Whittaker (Brook), the woman in charge of the group that was funding Dr. Reyna's research.

Scot discovers that Dr. Reyna was working on a cure for NDS and turns out he may have been killed to cover it up. As he digs deeper into the mystery, Scot is unwittingly tasked with carrying a part of the working cure for the plague in his own bloodstream and must find a second part of this cure in less than three days before the part already inside him turns deadly, and even Absolon itself may not be what it seems...

A Direct to Video movie, Absolon was done on an estimated budget of $8 million, most of which must have gone to the cast, as there seems to have been precious little left over for anything else.