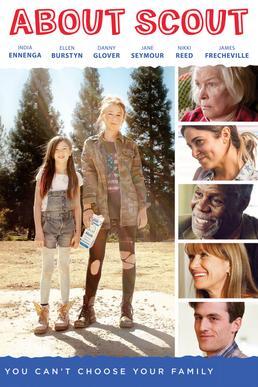 About Scout is a 2015 dramedy film written and directed by Laurie Weltz.
Advertisement:

Fifteen-year-old Scout Havers (India Ennenga) lives with her little sister Lulu (Onata Aprile) and her elderly grandmother (Ellen Burstyn). When Lulu almost overdoses on Gram's pills, social workers send her to live with Ray (Tim Guinee), the girls' biological father, a carnie whom they barely know, and his pregnant girlfriend Georgie (Nikki Reed), Scout runs away to find her. She joins forces with Sam Prescott (James Frecheville), a young man whom she breaks out of a mental institution where he's recovering from a suicide attempt. They are pursued by Red Freston (Danny Glover), a friend of Sam's deceased father who works for the family.

About Scout contains examples of: