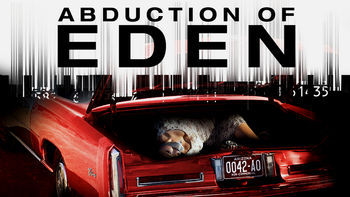 Also known as Eden, Abduction of Eden is 2012 indie film that serves as a dramatized account of real life Chong Kim's time spent in the clutches of a highly organized Human Trafficking ring. 18 year old Korean-American Hyun Jae (Jamie Chung of Once Upon a Time) is kidnapped at a bar and forced into a life of prostitution and manipulation. Now bearing the name "Eden", the girl finds herself moving up the ranks of the organization, and sidling close to underling Vaughan as she earns their trust in order to ensure her survival.

Abduction of Eden provides examples of the following tropes: