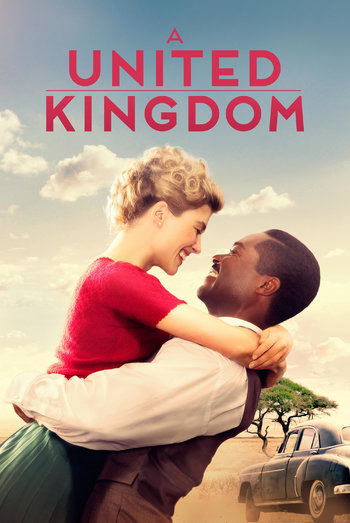 It depicts the true story of how Seretse Khama (Oyelowo), the Prince of Bechuanaland (now Botswana) meets and falls in love with London office worker Ruth Williams (Pike) in the 1940's. But their interracial relationship is not approved of by either of their families, nor by the British and South African governments. Seretse and Ruth must defy family, apartheid and the British Empire to return from an imposed exile to their African kingdom, and assume power after independence.

Has nothing to do with the United Kingdom.